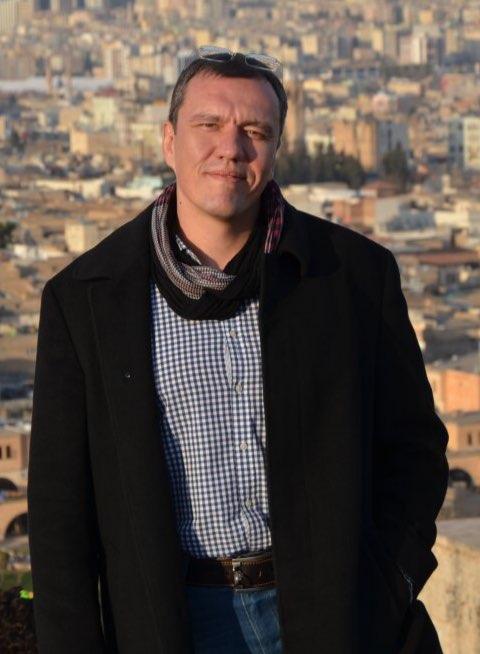 Email: d_voyakin@hotmail.com
dmitriy.voyakin@unesco-iicas.org
Research Scientist (1997), Senior Research Scientist, Head of the department of Documentation and Archaeological Conservation at the lnstitute of Archaeology MES, Almaty, Kazakhstan (since 2005). M.A. (1999) from the Al-Faraby Kazakh State University (Honors), Ph.D. (2010) from the lnstitute of Archaeology MES Republic of Kazakhstan. General Director of the NGO “Archaeological Expertise” (since 2006). Director of the International Institute for Central Asian Studies (since 2018).  Delegate to the World Heritage Committee from the Republic of Kazakhstan (2014-2017). Secretary-General of the National World Heritage Committee of the Republic of Kazakhstan (2014-2018). Member of the National Commission of the Republic of Kazakhstan for UNESCO and ISESCO (since 2018).  Field director of the more than ten archaeological expeditions (among them permanent archaeological missions at Otrar, Kayalyk, Akyrtas, Taraz, Sygnak, Dzhan kala, Dzhankent, Dzhuvara, Christian site Ilibalyk and Investigation of archaeological sites on the dry bottom of Aral sea), several international expeditions. Published 7 books, 7 albums, over 190 scientific papers, edited several monographs, 9 volumes of Heritage Sites of Zhambyl Region. One of the author and main executor of creation the “Kone Taraz” (Ancient Taraz) archaeological park project, “Almaty 1000 years’ anniversary” and “Shymkent 2200 years’ anniversary” inclusion to UNESCO calendar. Silk Road serial transnational nomination UNESCO national facilitator. 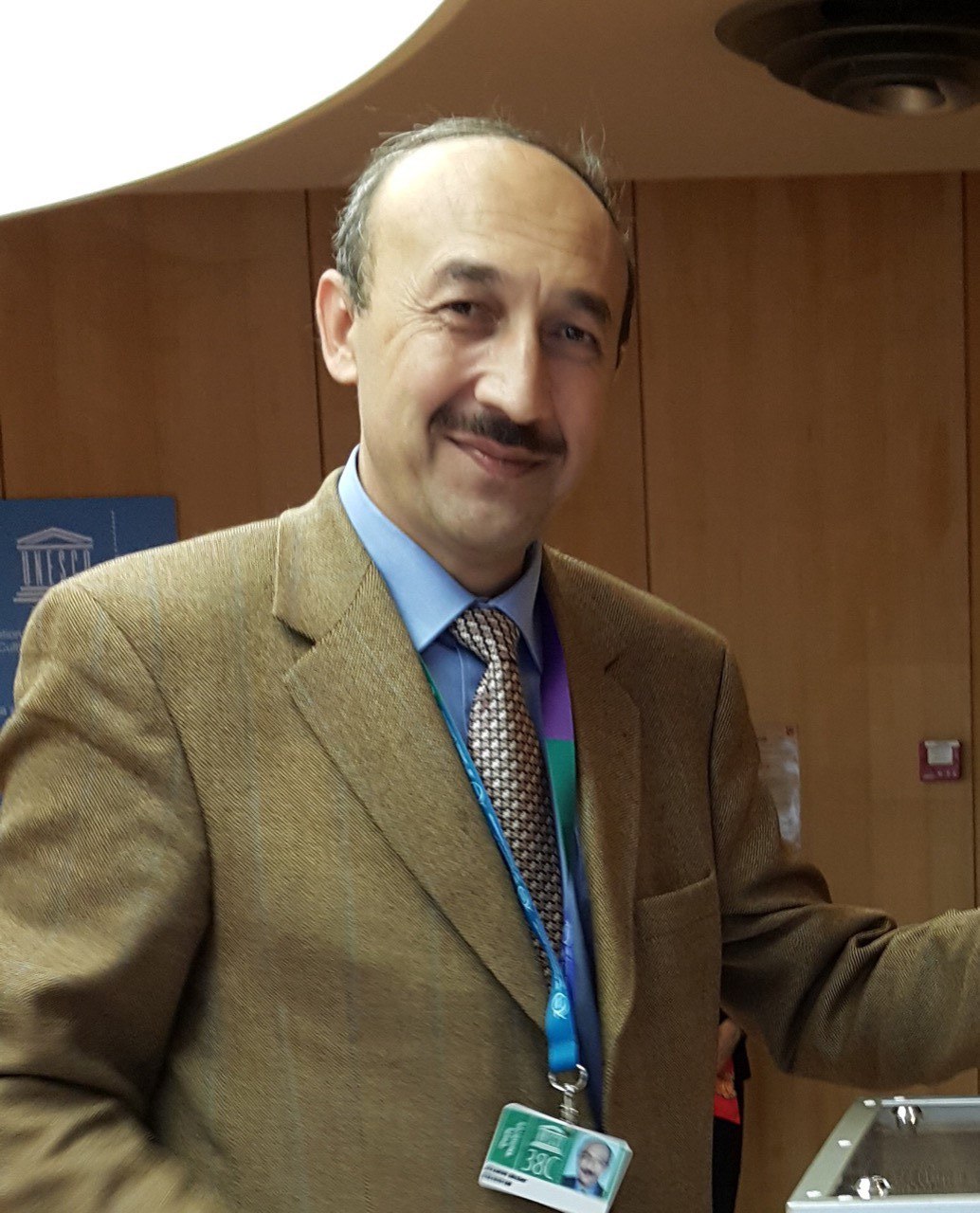 Director for Development of International Cooperation

He has been PhD researcher in the field of theory of probability, mathematical statistics and stochastic processes at the Steklov’s Mathematical Institute in Moscow (1986-1991) and Institute of Cybernetics in Tashkent (1992-1993). Since 1993 he lectured at the University of World Economy and Diplomacy (Tashkent), Academy of State and Society Construction (Tashkent) and Tashkent Islamic University with focus on aspects of math applications, intercultural dialogue and cultural diversity. During 1994-2019 Mr. Alisher Ikramov was appointed by the Government of Uzbekistan to the position of the Secretary-General of the National Commission of the Republic of Uzbekistan for UNESCO. He was a Member of the Delegation of the Republic of Uzbekistan in the 28th-39th sessions of the General Conference of UNESCO (1995-2017). While attending these forums, he was elected as Vice-President of the Culture Commission of the 33rd session of the General Conference of UNESCO (2005) and a Member of the Legal Committee of sessions of the General Conference of UNESCO (2007, 2015, 2017). Simultaneously, Mr. Alisher Ikramov was official representative of Uzbekistan to the UNESCO Executive Board (2009-2013), Vice-President of the Bureau of the UNESCO MOST Intergovernmental Council (Management of Social Transformation Programme,  2007-2009), Member of the Advisory Board of the UNESCO APEID (Asia-Pacific Programme on Education Innovations and Development, 2007-2009), Member of the Governing Board of the ICHCAP (International Information and Networking Centre for Intangible Cultural Heritage in the Asia and the Pacific, UNESCO Category 2 Center in the Republic of Korea, 2011-2013), Member of the Governing Board of the INRULED (Institute for Rural Education, UNESCO category 2 Center in China, 2015). Since August 2019 he took a position of the Director for Development of International Cooperation of the International Institute for Central Asian Studies. 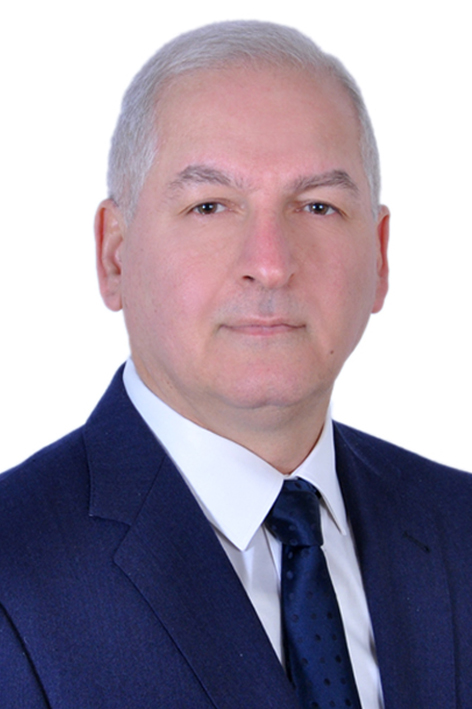 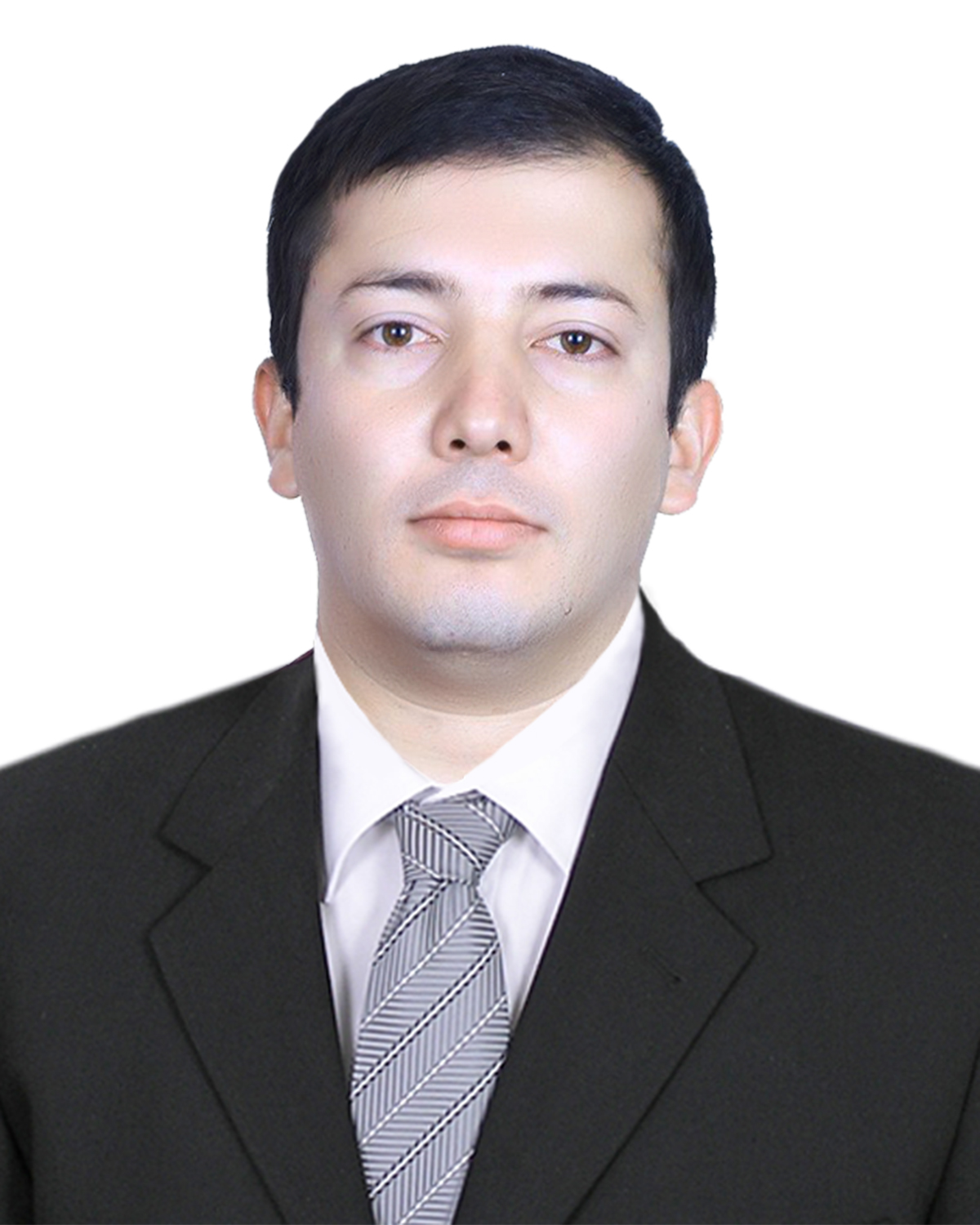 Managing economist, CFO, responsible for the financial management of the organization.

Provides financial and administrative support through expense planning and control. Participated in organizing all scientific conferences of IICAS since 2015. Monitors the timely implementation of IICAS projects. Holds a bachelor's degree in economics and management from the Samarkand Institute of Economics and Service. Completed a training in quality management system ISO 9001. 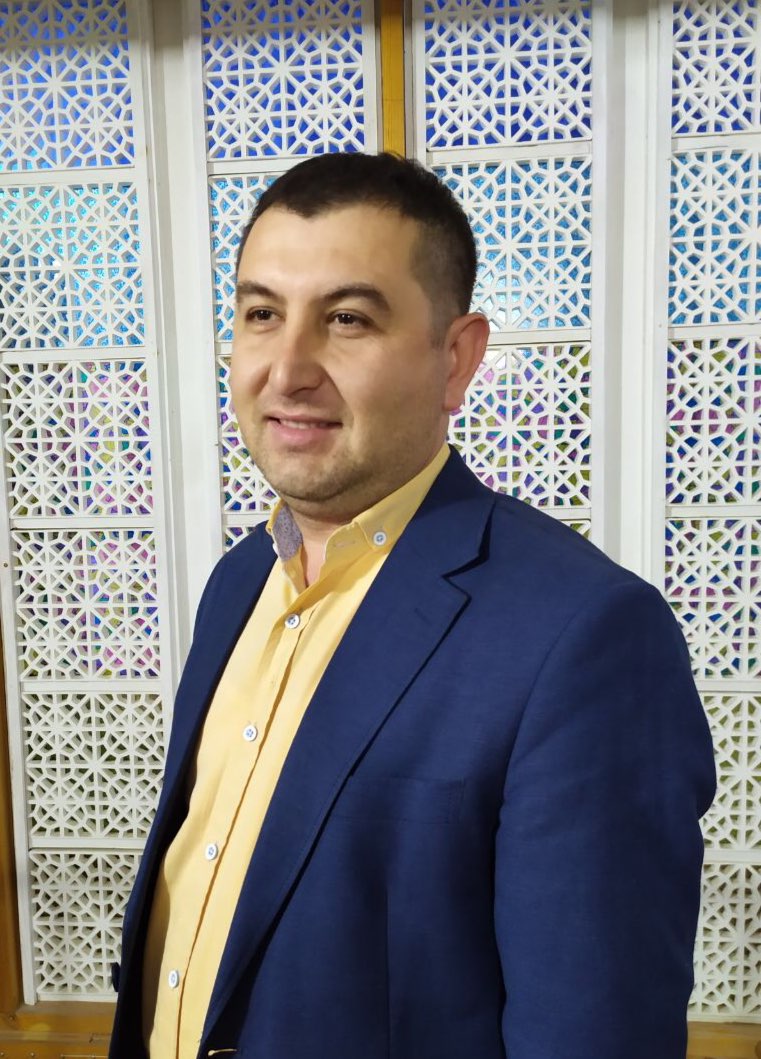 Archaeologist, lawyer, specializes in sphere of management and conservation of cultural heritage.

Participated in several UNESCO projects on protecting cultural heritage on World Heritage sites in Bukhara, Khiva, Samarkand and Shakhrisabz. One of experts of international group on documenting on Khoja Ahmed Yassawi site in Kazakhstan (2019-2020). Head of Board of Monuments for Bukhara region in 2018-2019. Also participated in World Heritage sites Management plans preparation project in Uzbekistan. Attended workshop on management in cultural heritage in Asia-Pacific Cultural Center for UNESCO in Nara, Japan and participant of Program on implementing space technology in cultural heritage protection in Beijing, China. Master’s degree in Historiography, source study and methods of historic analysis in Bukhara state University and bachelor degree in law (Tashkent). Researcher for PhD in Institute of Archaeology of Academy of Sciences of Uzbekistan (Samarkand). 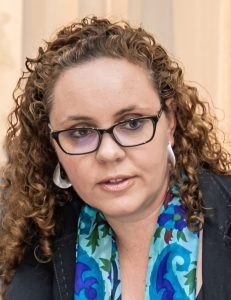 Ona Vileikis is an architect and cultural heritage specialist, with ample work and research experience abroad. She is currently research fellow at the Institute of Archaeology, UCL and the Central Asian Archaeological Landscapes (CAAL) project. Her research explores the way in which digital technologies contribute to policy development, standards and guidelines for documentation and monitoring of heritage management. Dr. Vileikis holds a PhD in Engineering Science: Civil Engineering of the Raymond Lemaire International Centre for Conservation (RLICC), University of Leuven, and MA in World Heritage Studies, BTU Cottbus-Senftenberg. She worked at KULeuven as researcher for the BELSPO/UNESCO Silk Roads project in Central Asia. Ona is a member of the Executive Committee of the ICOMOS International Scientific Committee CIPA Heritage Documentation and the International Co-chair for ICOMOS GA2020 Scientific Symposium in Sydney.  Dr. Vileikis is serving as co-editor of the Journal of Cultural Heritage Management and Sustainable Development. Since 2010, Ona has been actively serving as advisor to the UNESCO Silk Roads World Heritage nomination. 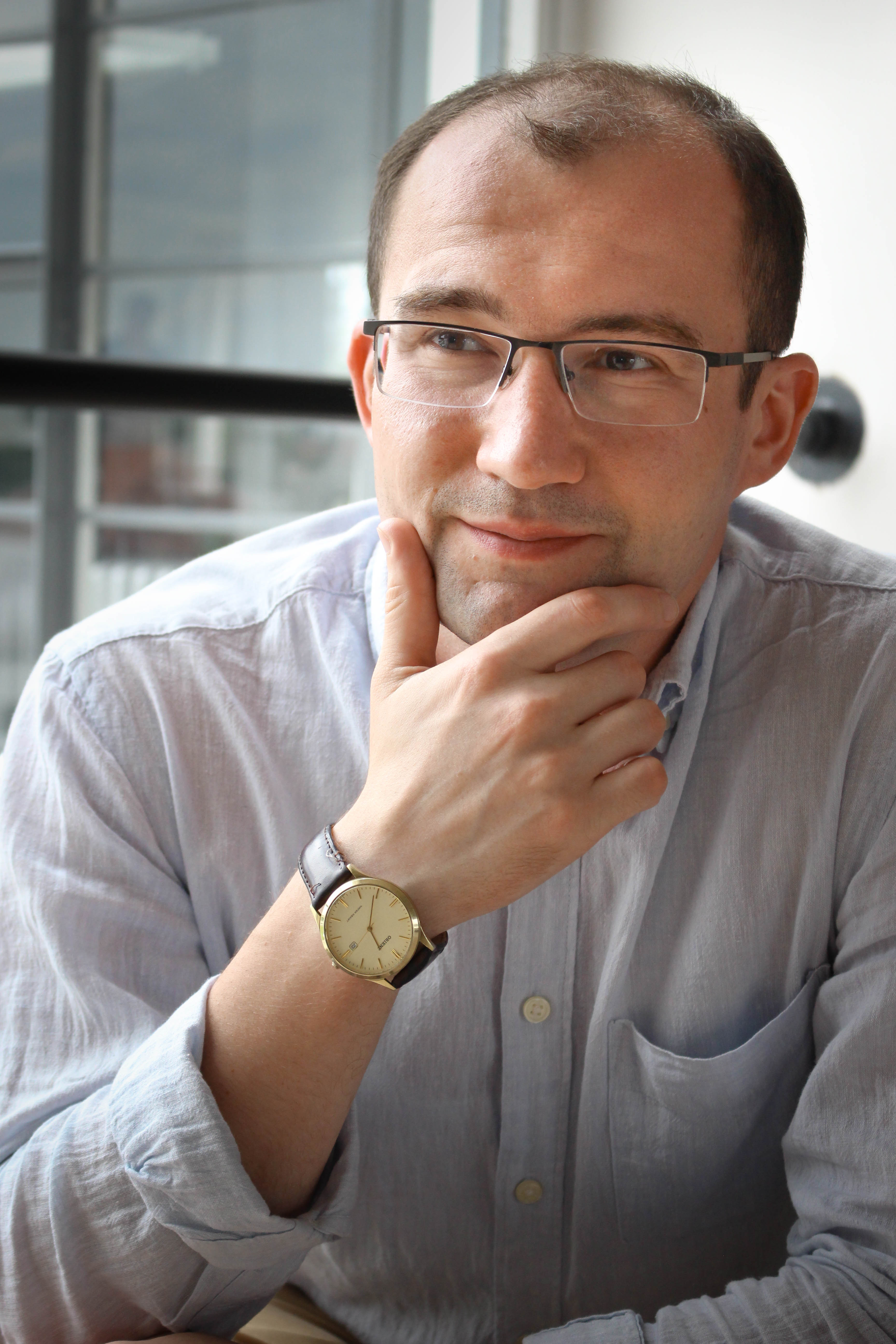 As a part of an international expert team was in charge of preparing a State of Conservation (SoC) and Heritage Impact Assessment (HIA) report for the Mausoleum of Khoja Ahmed Yasawi, Kazakhstan (2019-2020). Was commissioned to perform a Heritage Impact Assessment (HIA) for the project of a new market “Shakhristan” in the Historic Center of Bukhara, Uzbekistan (2019). Has been contributing to the preparation of the Management Plan for the Historic Center of Bukhara (2015-2016). He holds a Master of Arts in Monumental Heritage degree from Anhalt University of Applied Sciences in Dessau, Germany and a bachelor’s degree in architecture from Tashkent Institute for Architecture and Civil Engineering (TACI).

Member of ICOMOS International since 2018. 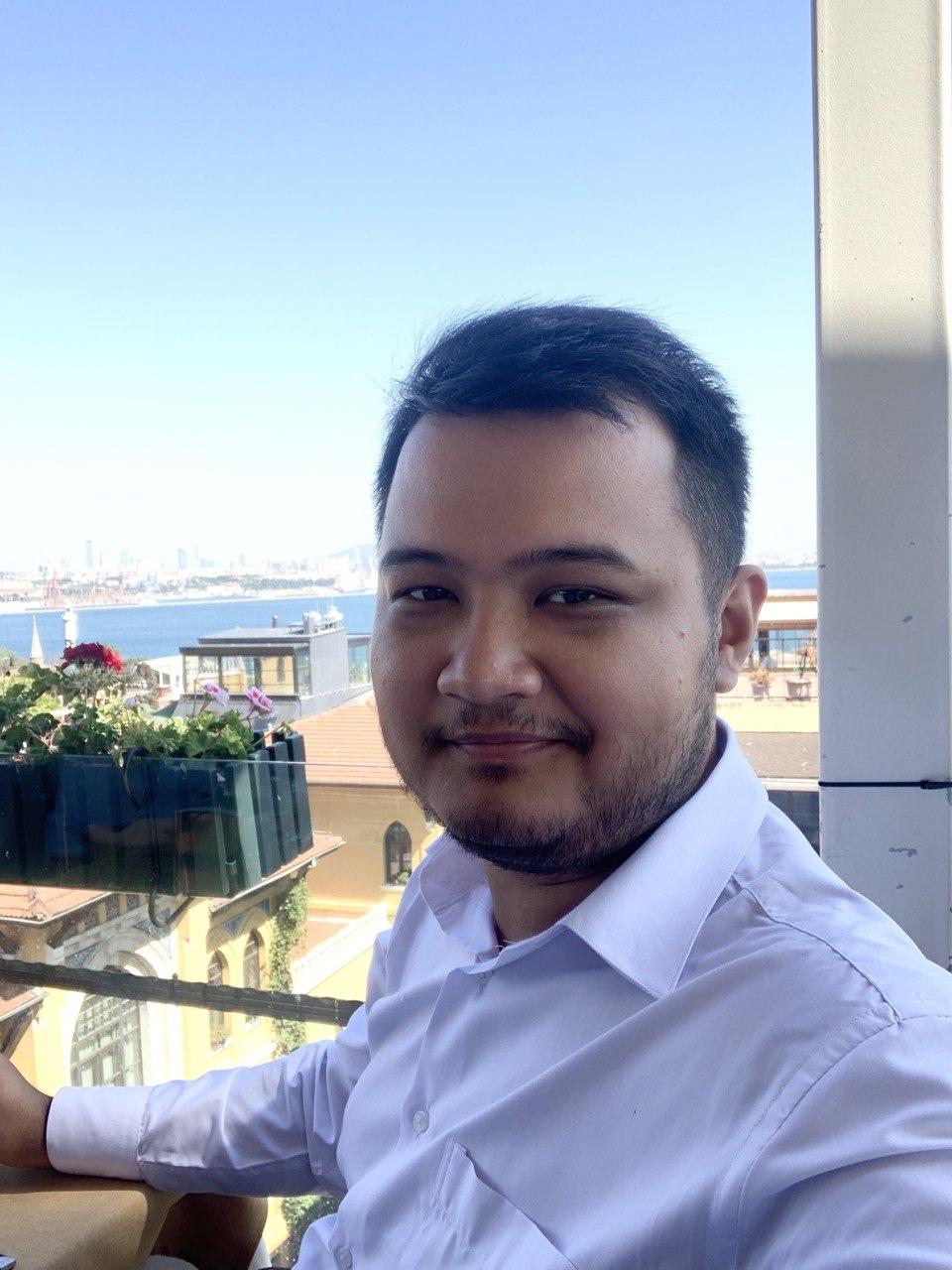 As a part of an international expert team was in charge of preparing a State of Conservation (SoC) and Heritage Impact Assessment (HIA) report for the Mausoleum of Khoja Ahmed Yasawi, Kazakhstan (2019-2020). Was documentation expert of the projects of Heritage Impact Assessment for the new market “Shakhristan” in the Historic Center of Bukhara (Uzbekistan) run by IICAS in 2019. Participated in The Newton - Al-Farabi Partnership Program as a GIS expert (2016, Aberystwyth, UK). Since 2015 Farukh has been a member of numerous archaeological expeditions in Kazakhstan also as the leader of the expedition. Holds a Bachelor of Arts degree in Architecture (Kazakh National Research Technical University, with honors) 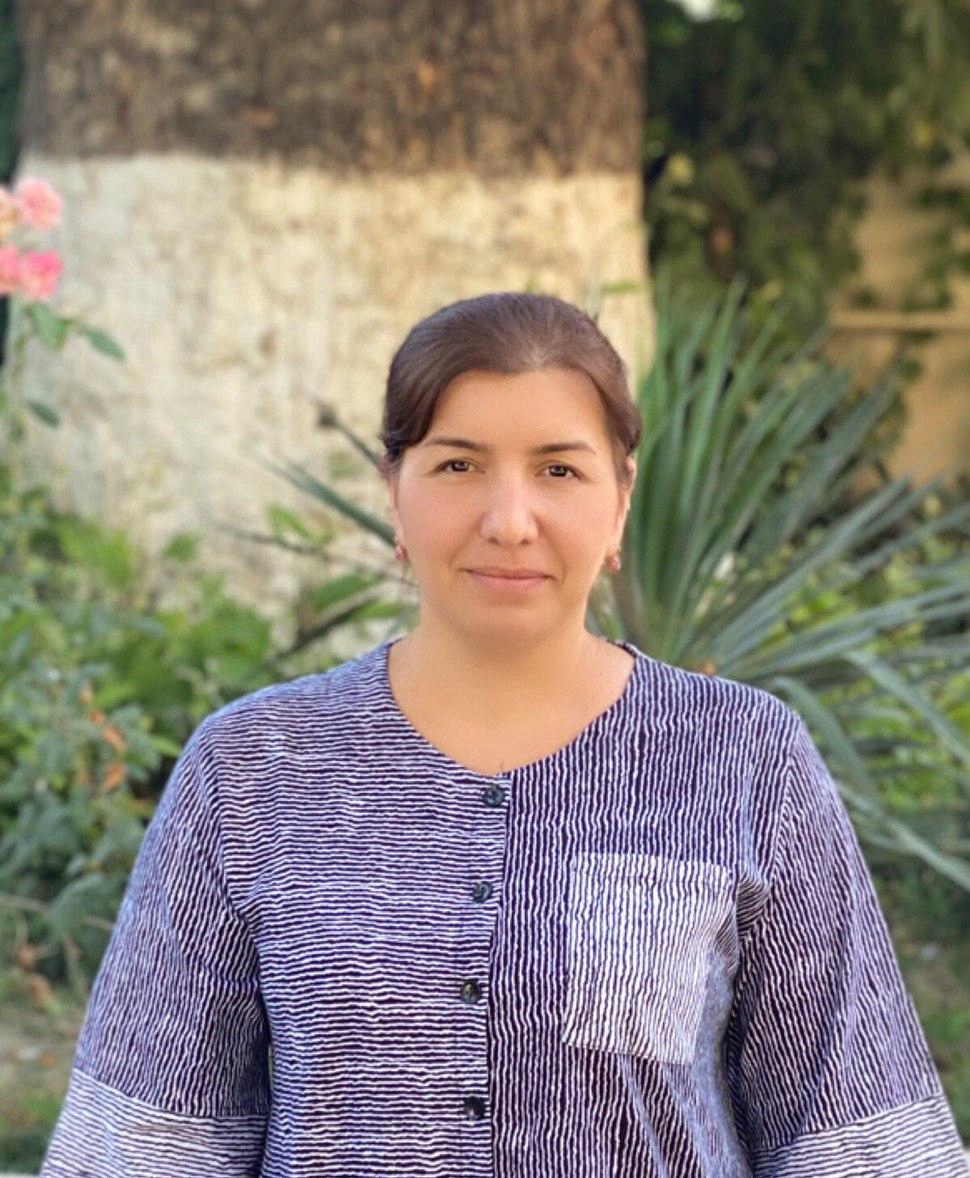 Responsible for keeping accounting records of liabilities and business operations (sales of services, settlements with counterparties for services rendered, cash flows in foreign and national currency); 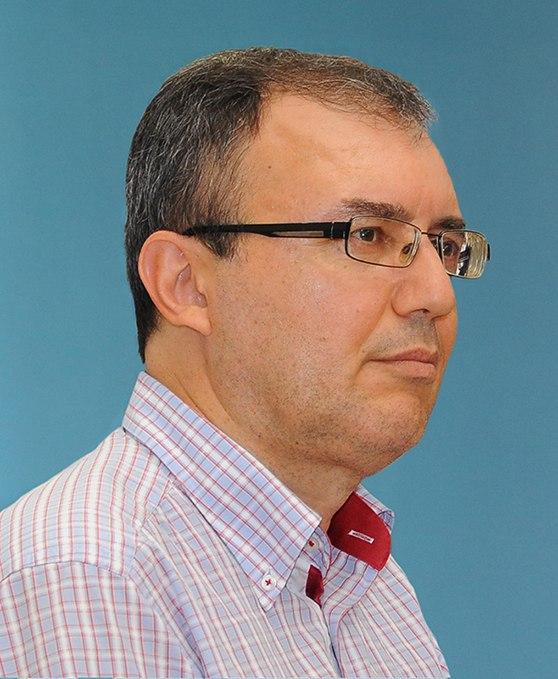 Editor-in-Chief of the journal Bulletin of IICAS

Historian of architecture, culturologist. Professor at the International Academy of Architecture, Moscow branch (IAAM Eurasia), Executive Secretary of the Union of Architects of Turkmenistan. He graduated from the architectural department of the Turkmen Polytechnic Institute (1986), as well as from the graduate school of the Institute of History at the Academy of Sciences of Turkmenistan (1991). In 1998—2015 he served as the Deputy Head of the National Directorate of Turkmenistan for the Protection, Study, and Restoration of Monuments of History and Culture. Since 2015, Mr. Muradov has become the Executive Secretary of the journal Construction and Architecture of Turkmenistan. He is also a co-author and a consultant of a number of architectural monuments’ restoration projects, and a compiler and an editor of several collections of scientific works. Prof. Muradov has published several books and over a hundred scientific and popular science articles. 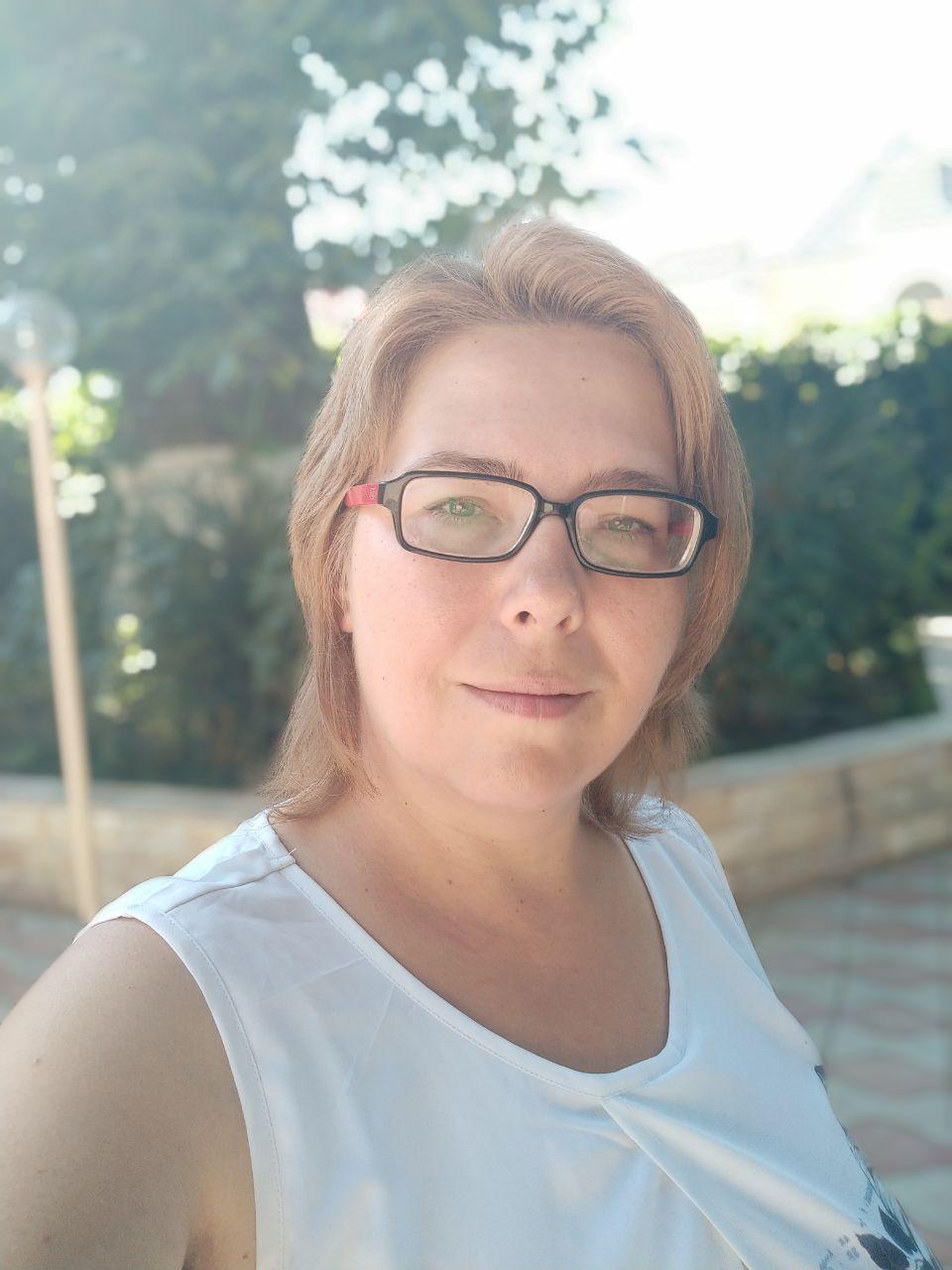 Responsible for the issue of the "Bulletin of IICAS" 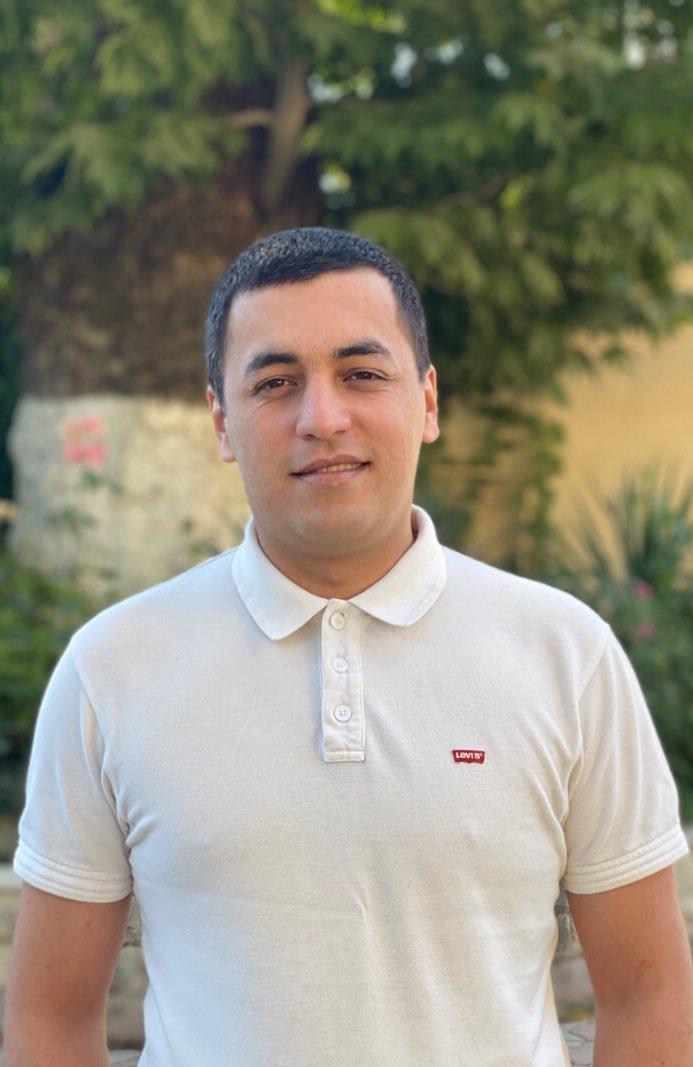 Joined the International Institute for Central Asian Studies in 2018. Participated in a number of IICAS projects implemented in Kyrgyzstan, Kazakhstan, Tajikistan and Uzbekistan. Holds a bachelor's degree from the Institute of Foreign Languages, Samarkand (2014). In 2014-2018 worked in the Republic of Korea. 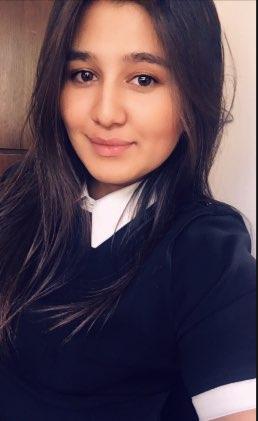 Joined IICAS in 2019. Implements control and management of workflow in the office of IICAS. In charge of implementing the Bitrix24 system (online office).

She is a member of the “Survey of Silk Road ICH Network” research project on the intangible cultural heritage along the Silk Road.

She is the curator of the projects “Education and Cultural Heritage: Enhancing the Teachers' Potential for the Sustainable Preservation and Promotion of the Common Heritage” and “Made in USSR (The History of the Emergence of International Families).